The women of remote Western Santo are demonstrating sustainable livelihoods through an environment-focused locally led gender empowerment program.  Now one year and three months after the devastating impact of Cyclone Harold, Western Santo has seen almost no external recovery support. Thus Women have stepped up and shown their resilience and taken the lead in repairing houses, replanting gardens and finding ways to generate sustainable income.

This week, the Santo Sunset Environment Network handed over prizes acknowledging the incredible craftsmanship of local women in weaving pandanus products.  Pandanus grows well in dry places like Western Santo, can live in sandy soil conditions, and doesn’t require forest clearing. After a hugely popular recent tradeshow in Luganville, Western Santo women were able to generate over 260,000vatu in profits from their pandanus products, including an additional 300 orders for more items.  The most popular woven items were unique feathered fans, colourful laundry baskets, backpacks, shoes, turtles and fish, and even woven diaper covers.

A distinguished team of female judges from NGOs, Government and the Private Sector ranked each village’s submissions on criteria such as pandanus quality, creative patterns, use of colour, and product innovation.  First prize winners were the remote villages of Vasalea (West Santo) and Sulesai (North-West Santo).  Chairman Allan Taman of the Santo Sunset Environment Network handed over to each village a brand new 1000W solar system, a solar coconut grinder and a 3 Link Satellite Internet dish to further empower and enable women to lead a sustainable future.  The solar coconut grinder is incredibly useful as Western Santo women have been making their own soap with local coconut oil.  With Just 2 Litres of Coconut Oil, Water and Soda powder, a household can make 20 bars of soap which will last months and meet important post-cyclone sanitation needs.

The women’s program is premised in the goal of gender justice. The concept of Gender helps us understand who has access to different forms of power as a result of their gender identity and recognizes power differentials between men and women, and also among women. Women in Western Santo are not a monolithic group, but a diverse spectrum of individuals with different experiences.  For this reason, this program has placed a strong emphasis on including elderly women, young women and women with disabilities.

Women play a critical role in environmental protection and natural resource management.  It will not be possible for Western Santo to meet its sustainable development goals unless women are acknowledged, empowered and provided full authority, and equally with men, to address environmental issues.

Sadly, there are pervasive patterns of gender inequality in Western Santo society, including widespread beliefs and attitudes that directly undermine women’s human rights and environmental resilience.   The impacts of gender inequality are wide-ranging and severe, including serious short-term and long-term impacts on women’s physical, mental and reproductive health, and ongoing lost opportunities for environmental, social and economic development. The program produced a video highlighting real life examples of gender equality on Western Santo, which can be viewed on the Facebook page of the Santo Sunset Environment Network.

Ms. Donakle Bune, one of the Santo Sunset Environment Network’s gender program leaders explained that “women are essential for sustainable development, without us families would still be in a critical situation after Cyclone Harold.  Western Santo women are not waiting for handouts, we have proven that we can successfully start sustainable businesses like weaving and soap making to help ourselves.”

Ms. Jessica Miller, another SSEN gender team leader remarked that “the prizes we have provided to 14 villages are a catalyst to help village women further organize themselves and expand their activities.  Satellite internet opens a world of possibilities for education, health and access to support networks for Western Santo women, and the solar coconut grinders now make it possible to turn soap making into a micro-business, so we don’t have to plant kava that destroys our environment.”

After months of SSEN-led small-business training for all villages of Western Santo, Ms Susan Peter, a SSEN gender team leader, observed that “women here have what it takes to lead Western Santo to a sustainable future, we just needed some support on financial literacy, and public acknowledgement that we are valuable. This program did both, and put women at the front.” 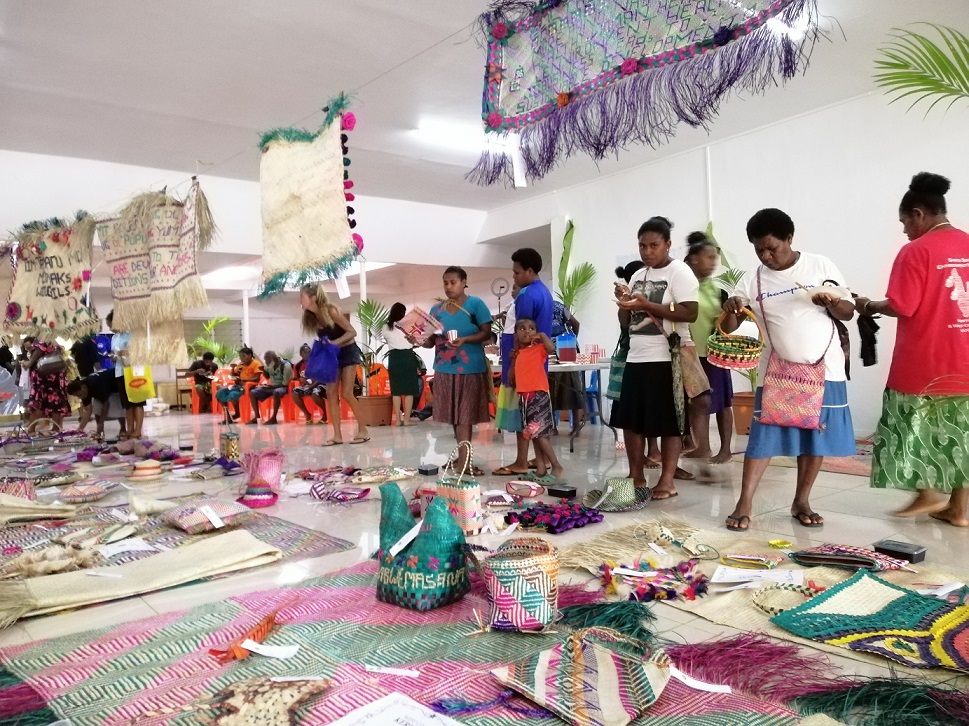 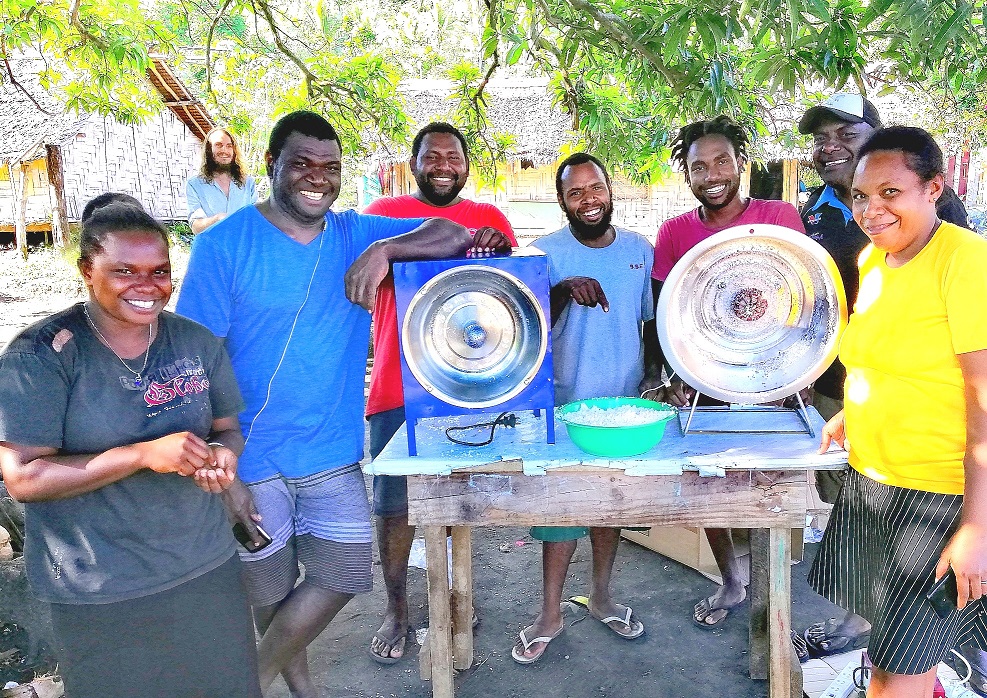