The Director General of the Ministry of Climate Change, Ms Esline Garaebiti, the New Zealand High Commissioner to Vanuatu Jonathan Schwass, and Global Green Growth Institute (GGGI), Country Representative for Vanuatu, Fiji, Tonga, and Kiribati, Daniel Muñoz-Smith, met this week to announce the development of a strategy that will put Vanuatu on the path towards a low-carbon, low-emissions economy.

Climate change vulnerability, issues around energy access, and threats to sustained economic growth, have been exacerbated by the COVID-19 pandemic, and Tropical Cyclone Harold, which hit Vanuatu in April 2020. Addressing the impacts of climate change remains of critical importance to the Government of Vanuatu, the region, and the planet.

The partnership between Vanuatu, New Zealand and the Global Green Growth Institute (GGGI) will support the development of Vanuatu´s long-term low emission development strategy (LT-LEDS). This strategy will then be submitted under the United Nation’s Framework Convention for Climate Change (UNFCCC), as part of Vanuatu’s commitment to tackle climate change.

Once developed, Vanuatu’s LT-LEDS will inform the development of new strategic documents and guide low carbon planning in key sectors such as tourism, forestry, and energy generation.

Given the importance of this work to Vanuatu’s future and economy, the LT-LEDS document will be developed through a process of stakeholder consultation and will set out a low-carbon development pathway through to 2050. Gender equality and social inclusion priorities will be considered through-out the development of the LT-LEDS.

The main activities and deliverables to be included in the LT-LEDS project are:

• Development and analysis of different pathways.

• Assessment and prioritization of actions.

• Preparation for implementation and monitoring/evaluation.

The Director General of Ministry of Climate, Ms Esline Garaebiti welcomed the partnership and joint efforts to plan for a low carbon future.

“The Vanuatu LT-LEDS is expected to serve as a key document to inform and guide the development of new or revised strategic planning documents assisting them to align to existing NDC and the National Energy Roadmap 2016 — 2030 (NERM) targets and enabling low carbon planning beyond 2030,” DG Garaebiti said.

High Commissioner Schwass supported these comments and noted that the development of the strategy is a further opportunity for Vanuatu to show regional leadership on climate change issues.

“New Zealand thinks Vanuatu can be a leader in the pacific in the development of this kind of integrated, long-term low carbon planning,” he said.

The GGGI is well placed to support Vanuatu’s LT-LEDS given the similar work it has done in Fiji and Tonga and the GGGI is already helping the Government of Vanuatu through the Green Energy Fund and the supporting Vanuatu to access climate finance from the Green Climate Fund.

“GGGI is very pleased to be partnering with Vanuatu and New Zealand on the development of the LEDS and ultimately its submission to the UNFCCC in 2022. The LEDS work builds upon the partnership GGGI has established with Vanuatu since 2015, and also bring to bear GGGI’s experience in successfully delivering LEDS in other countries,” GGGI, Country Representative Muñoz-Smith said. 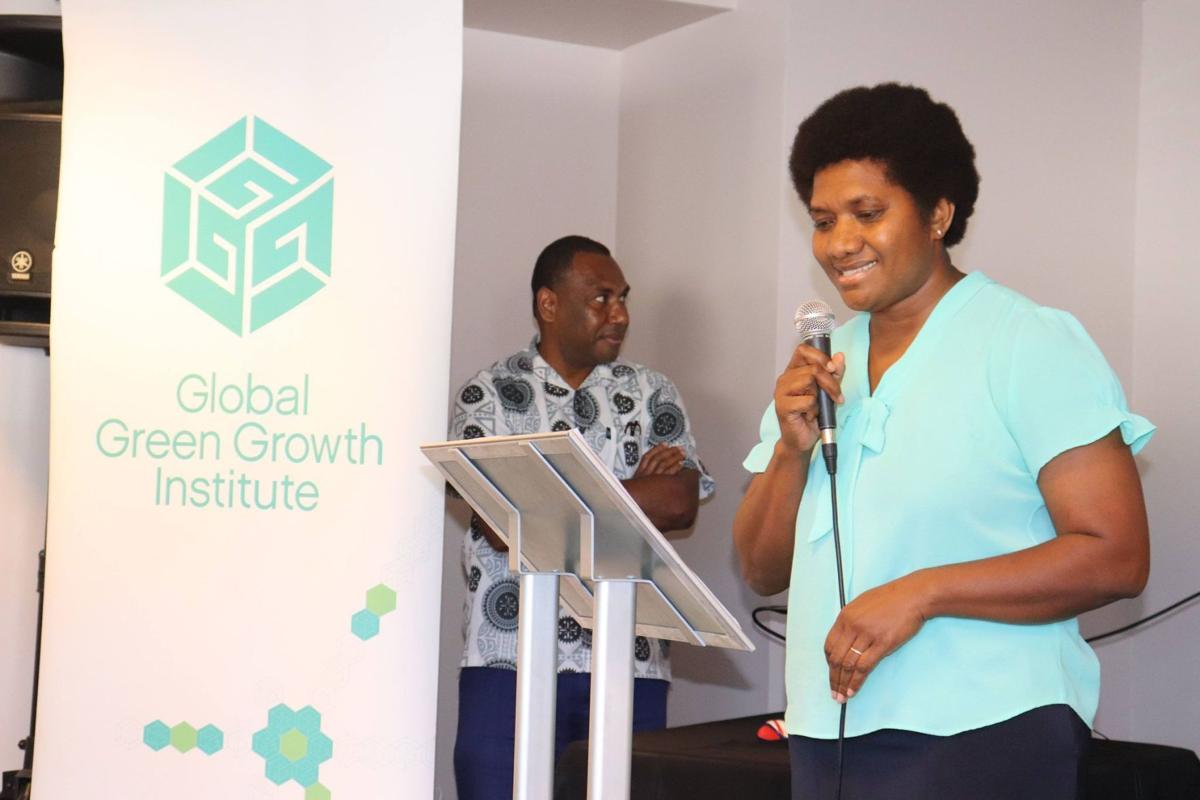