Vanuatu ranks as the world’s most vulnerable country due to its high exposure to natural disasters, scattered island geography, narrow economic base, inadequate communication and transportation networks, and limited capacity to cope with disasters including those caused or exacerbated by the effects of climate change. Annually Vanuatu is impacted by a number of cyclones, which are expected to become more intense under current climatic projections, with coastal communities and ecosystems being most vulnerable and impacted by these events. Vanuatu will be heavily impacted by climate change with future scenarios projecting increased temperatures, sea-level rise, and increased severity of cyclones, increased ocean temperatures and ocean acidification. In addition, an increased likelihood of an increase in the frequency of El Niño events will present its own long-term seasonal challenges. These challenges, combined with rapid population growth spread over 80 islands, an agricultural and coastal-based economy facing acute medium-term challenges and inadequate delivery of government services, especially in remote areas will continue to limit the potential for long-term sustainable development and achievement of the Millennium Development Goals.

The Government of Vanuatu has been proactive in global and regional dialogues on climate change and finalised its National Adaptation Programme of Action (NAPA) in 2007. The project will explicitly address three of eleven priorities identified in the NAPA including:

The NAPA places particular emphasis on the need for community-based marine resource management, embracing both traditional and modern practices and enhancing the resilience of vulnerable coastal communities. To address these priorities, the project will focus on five of the adaptation options outlined in the NAPA including:

i) development of provincial / local adaptation and ICM plans, 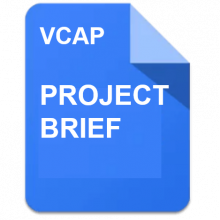